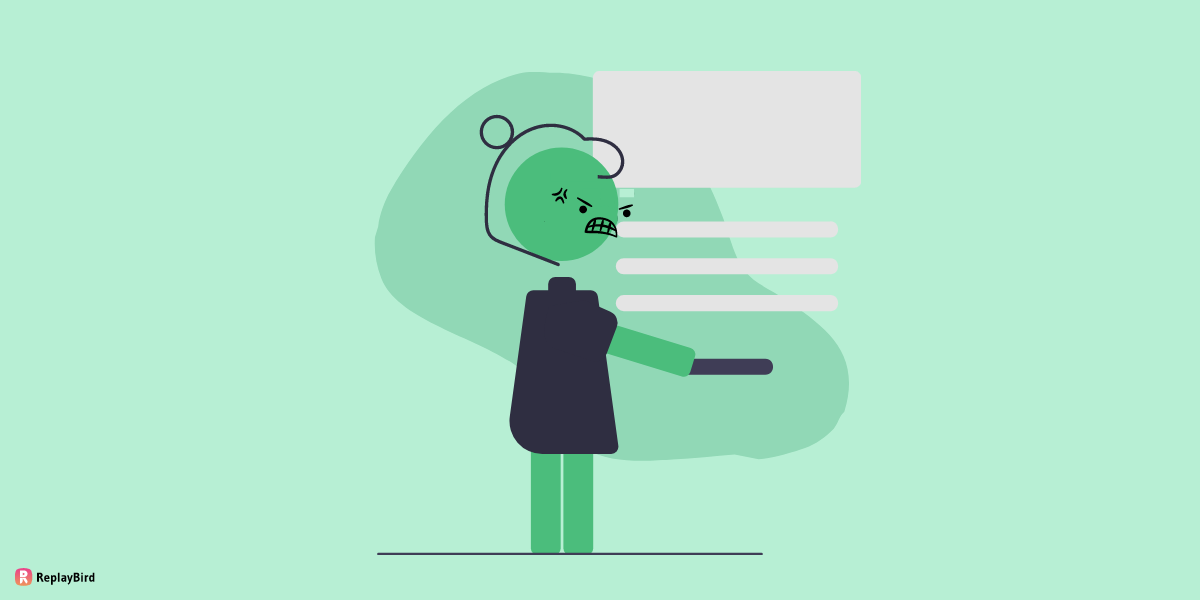 As the name says, the clicks that are clicked in rage are said to be rage clicking.

What are Rage clicks?

Clicking the mouse aggressively and repeatedly multiple times on an element or any text without waiting for it to work is called “rage clicks”.

Rage click occurs when not knowing whether an element is selectable or not, or if it is broken, does not work properly, or is confusing.

Getting to know what increases rage clicks can enable you to modify that section or product space. This strengthens the user experience and pushes users to begin taking the steps you’re optimizing.

Other than rage clicks on a website, you would have used to cancel the transaction anyhow, which is processed before the cash has been debited.

Everyone would have clicked on the cancel button multiple times for it to cancel somehow that aggressiveness with some frustration on the improper transactions is said to be Rage Clicks. 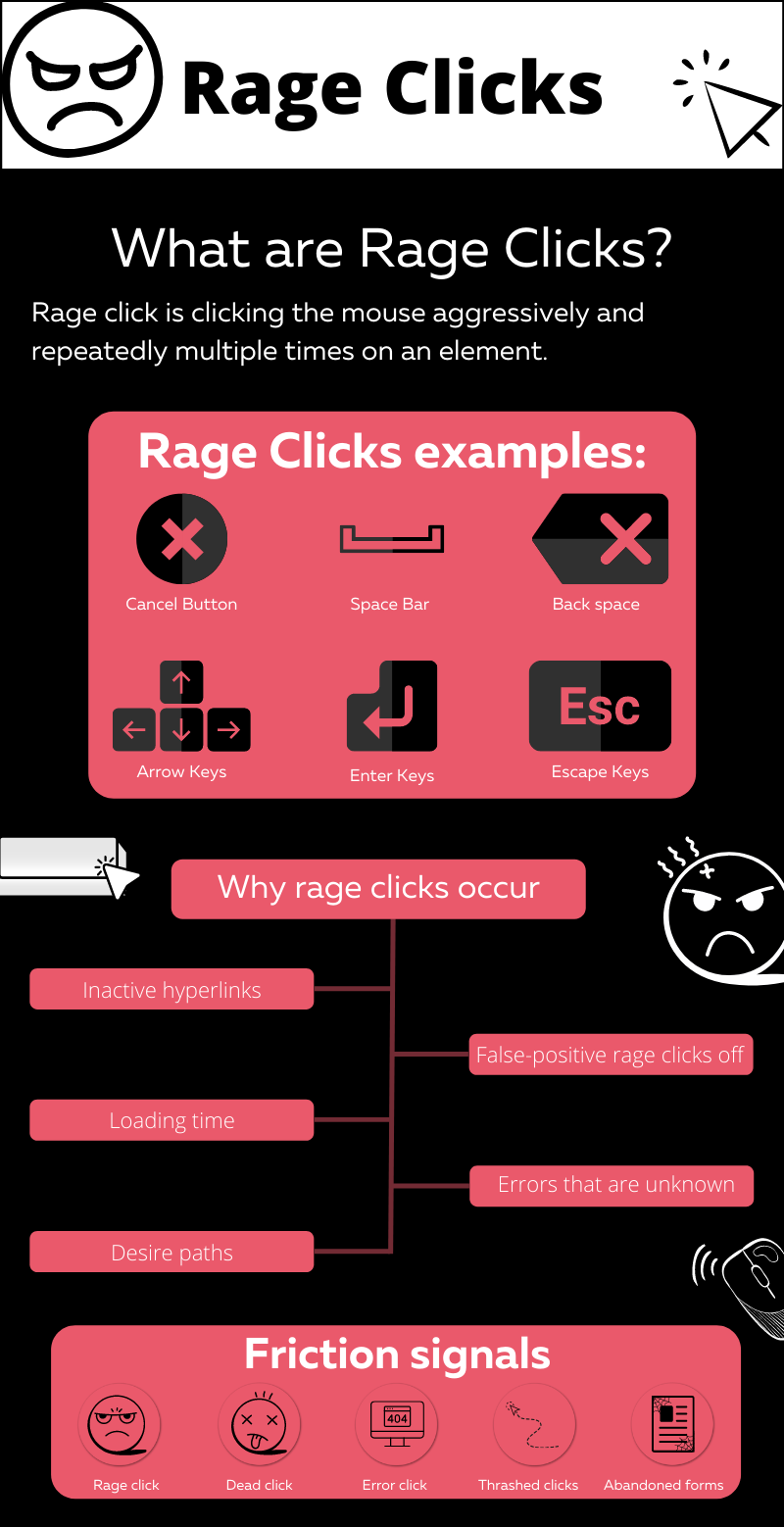 The user is confident that they are dealing with a link and continues to click on it, waiting to be redirected to another webpage.

It is possible that a rage click is detected when it is not related to the interface design; this is known as a “false positive rage click” and could be caused by a poor internet connection or a lagging device.

A rage click could also suggest that a specific element of your site is taking too long to load.

Errors that are unknown

Users will repeatedly click on the “Proceed Send” button until they realize something is wrong, or worse, leave the page.

Users on desire paths expect certain elements to behave in a specific way (in this case, to be clickable). But the website behaves differently sometimes.

Use rage clicks, only with appropriate tools, to gain actionable insights into the user experience. Also, how to add features that end-users and you, by extension will recognize.

Assume you want to know why your product’s new feature wasn’t used much this month.

You can address broader issues like product adoption by correcting down to the page element level and examining the root cause, such as Rage Clicks or other frustration signals.

Rage clicks are one of the Friction signals. Where you can learn to make your website create more conversion rates with the behaviors of the users.

There are many other Friction signals just like Rage clicks:

Want to take your digital experience to the next level?
Try it for Free